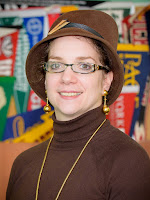 I keep telling my students not to make the mistake of thinking that this year’s campaign is typical of past presidential election cycles, which they just failed to notice because they were too young to pay attention. No, I tell them again and again, this campaign is, in many ways, unprecedented in our lifetimes. And one way, certainly, is in the ugliness and rancor it has engendered.

Polling data tells us that Donald Trump and Hillary Clinton are the two most unpopular presidential candidates, ever. A substantial number of voters are voting against the opposing candidate more than they are voting for the one they putatively support. The rhetoric, political and otherwise, surrounding this campaign has been coarse and angry, amplified by the profusion of media outlets and the ability of social media to give voice to people with fringe views.

As educators, we have two goals in this election cycle. One is to inform students about the issues and the mechanics of how a presidential election works. (We don’t assume that our students, particularly those who have not yet studied American history, understand the arcane workings of the Electoral College.) But a second, even more important, is to model and teach engaging in civil and reasoned discourse with those with whom we disagree.

There are unfortunately few examples of this in the broader public discourse. In the quest for viewers, clicks, and retweets, confrontation and bombast are the currency. Candidates’ surrogates make their names by being provocative and combative. Calm, reasoned discussion that seeks to understand the other’s view and empathize, even as you disagree, doesn’t make for the most riveting television.

But it is vital that we teach and model this all the same, for reasons that range from the individual to the national. First, at the most fundamental level, we are trying to instill values in our students. We want them to engage the world, as the SAR mission exhorts, with humility and openness. Listening to someone else’s point of view respectfully must be part of that. Second as educators, we teach students to formulate arguments and to contend with the evidence for and against those arguments (rather than simply asserting that they are right at ever-higher volume.) One’s own position may be changed by that encounter, and, even if it is not, it is strengthened by having been tested against others’. And third, as citizens in the American body politic, we are witnessing an increasing sorting of people into like-minded communities, in the real world and online, in which they never encounter Americans of differing views. This siloing, and the divisions it reinforces, is already being felt for the worse in many ways in our national discourse and politics. For all of these reasons, it is important to encourage our students to hear each other out respectfully, and to work on expressing disagreement without delegitimation. 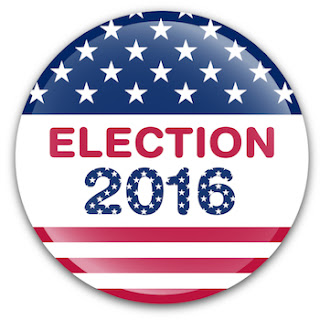 This ability to disagree without denying the other’s basic humanity is a value that emerges from the Talmud’s story about the canonical halakhic disputants, Beit Hillel and Beit Shammai. The Talmud attests that whatever their differences, they continued to marry into each others’ families. When we know each other as people--when we care about each other--even as we continue to hold our own strong points of view, we talk and think differently about those who think otherwise.

We want our students to care deeply about politics, policy issues, and election outcomes. But as we encourage them to be knowledgeable about this election and what it means for the future direction of the United States, we must work to teach and model how to disagree so fundamentally and about such important things without losing the ability to talk and listen to one another.
Posted by SAR High School at 12:09 PM 3 comments: