Science as a Narrative* 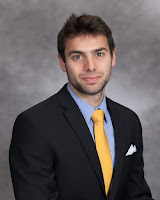 There is an unfortunate gap in confidence between so-called “math-science people” and “humanities people” in science classes. I am not sure where this notion came from, but true or not, it is perhaps the most toxic and limiting nomenclature that has been adopted by educators. Science, especially at a high school level, ought to engender excitement, not fear. Furthermore, we should be teaching and modeling life values in all of our classes, not just in Judaics and the humanities. I believe that teaching science, not as a laundry list of immutable facts, but as a narrative is a small step toward addressing these important issues.

When I was in engineering school, I took a class on drafting, in which we learned how to draw pedantically precise schematics of parts by hand. We were introduced to the T-square, different types of pencils, and all sorts of tools to make perfect circles and clear drawings. Points were deducted for noticeable erasures, improper notation, or lines that weren’t just the right shade. It would take up to 7 hours to complete just one draft. Halfway through the semester, our professor introduced us to CAD software, which helps with doing all of this on the computer. My classmates and I felt betrayed, and could not believe that we had spent so much time on drawings that could be done in minutes using computer programs. However, we soon discovered that without that intimate knowledge of the old method, we would not be able to use the CAD software correctly, nor would we have any idea what a proper draft looks like, since it evolved from the manual techniques. Our professor showed us that to fully understand and appreciate the new technology, we had to understand how it developed and what it aimed to do. I believe that the same is true of the sciences: to truly understand them, we must understand their development as well.

Science is more than a list of interesting facts. It develops out of a complex web of collaborations and feuds, false hypotheses, serendipitous findings, and religious dogma. In its theories lies a profoundly human story—of curiosity, achievements, and failures. I have tried to tell this story in my physics classes. For example, in our recent unit on planetary models, we did not only study the Solar System as we view it today, but we discussed the earlier models as well, together with their flaws and how they were revised. We learned that astronomers through the ages were driven by a fervent belief that the universe is symmetric and neat. Reconciling that belief with what was seen in the night sky every night proved very difficult. It took until the 17th Century for a model to finally be developed that abandoned these convictions (as it turns out, orbits are more like ovals than circles). In this way, students understand astronomy as a narrative; a story of natural philosophy that spans centuries and connects fascinating characters, and one that continues today as we are still researching and better understanding the heavens.

On last month’s Junior shabbaton, a couple of students approached me with questions about astronomy (we had just finished the unit). What began with me trying to explain why the sky is blue very quickly evolved into questions of how we are to understand the vast expanse of the universe: “Why would God make all of that if it has nothing to do with people?” Needless to say, I could not provide satisfactory answers to their insightful questions, but it started a conversation that lasted into the next week at school about how our understanding of nature feeds back into our understanding of ourselves. Science raises many difficult questions of this nature, and as citizens that are in touch with the intellectual world, our students will encounter them sooner or later. I am proud that our students intuited this profound intersection between science and values, and I am thrilled to be introducing them to these questions in the safe and non-threatening setting of the classroom. Which brings me to my last point.

Part of SAR’s mission is for its students to be “participants in the grand conversation between Torah and the world.” We teach that our tradition should illuminate our understanding of the world, and our understanding of the world should feedback into our Torah and religious experience. In science classes, this usually translates to something like, מָה-רַבּוּ מַעֲשֶׂיך ה כֻּלָּם בְּחָכְמָה עָשִׂיתָ, “How manifold are Your works, God! In wisdom You have made them all” (Psalms 104:24). This is a powerful message to be sure, but we can do better. One more example from the planetary models unit in physics: In the 16th Century, Nicolaus Copernicus presented a heliocentric model of the universe, which had the Earth rotate around the Sun instead of the Sun around the Earth. After teaching his model, I mention the verse from sefer Yehoshua “the sun stood still, and the moon stayed” (10:13), which implies that usually the Sun moves, not the Earth. This Biblical passage was one of the primary objections that the Christian Church had to heliocentricity. Since our students study tanakh and understand what it means to value text, they can appreciate the tension that people at the time felt between Church teachings and scientific theory. The history of science is intricately intertwined with that of religion; as Torah educated Jews, our students are uniquely situated to understand the interactions between the two.

Science classes today are very similar to the type that my parents and grandparents sat in: a series of facts about nature are presented, demonstrations and examples are used to convince students of those facts, and then students are tested on how well they know those facts. This model has succeeded in teaching science to generations of students, but I believe that it gives an inaccurate picture of what “science” is. More importantly, this model misses out on an opportunity to give students that might not conventionally be turned on by the sciences an appreciation of how rich those subjects are. By emphasizing the narrative of science, we can expose its human elements, and give all students ownership of these beautiful and rewarding subjects.

* this formulation is inspired by my teacher, Professor Stuart Firestein
Posted by SAR High School at 10:55 AM 1 comment: